The Legion of Honour Stele

A little story inside a greater story! The Legion of Honour was created by Napoleon in 1802. This stunning monument tells the story of its origins in Boulogne-sur-Mer.

The Legion of Honour Stele is one of the many sights of Napoleonic heritage to be found in Boulonnais. Perched high in the city, it tells of the largest presentation of Legion of Honour crosses ever to have taken place! The Legion of Honour was created by Napoleon (the First Consul) in 1802 with the sole objective of encouraging the soldiers.

When Napoleon returned to Boulogne in July 1804, he expressed the desire to present Legion of Honour crosses, which he had just created, to soldiers in the Camp de Boulogne. With this in mind, a huge ceremony (the only presentation to be made in the province) took place on 16 August 1804 in the Vallon de Terlincthun. Napoleon, seated according to tradition on the throne of Dagobert which was placed on a semi-circular base in the manner of an ancient temple, decorated 2,000 soldiers and civilians throughout the day in a great show of public celebration.

In the exact same location as the imperial platform, at the end of a small lane and in line with the Column of the Grande Armée, stands the Legion of Honour Stele - a four-metre high obelisk made from French marble positioned on a tall pedestal. This obelisk consists of four faces with, to the west, the location of troops around Napoleon’s throne during the ceremony and to the east, a model of the Legion of Honour cross. To the south there is a text in French explaining that this stele is placed in the same location as Napoleon’s throne and to the north there is the same text, but in Latin.

This historical site went on to be the backdrop for many ceremonies, including the decoration of veterans of the First World War, parades, commemorations of the 150th anniversary of August 16 1804 in 1954 or the bicentenary in 2004. Every year, it attracts both the curious and history lovers. 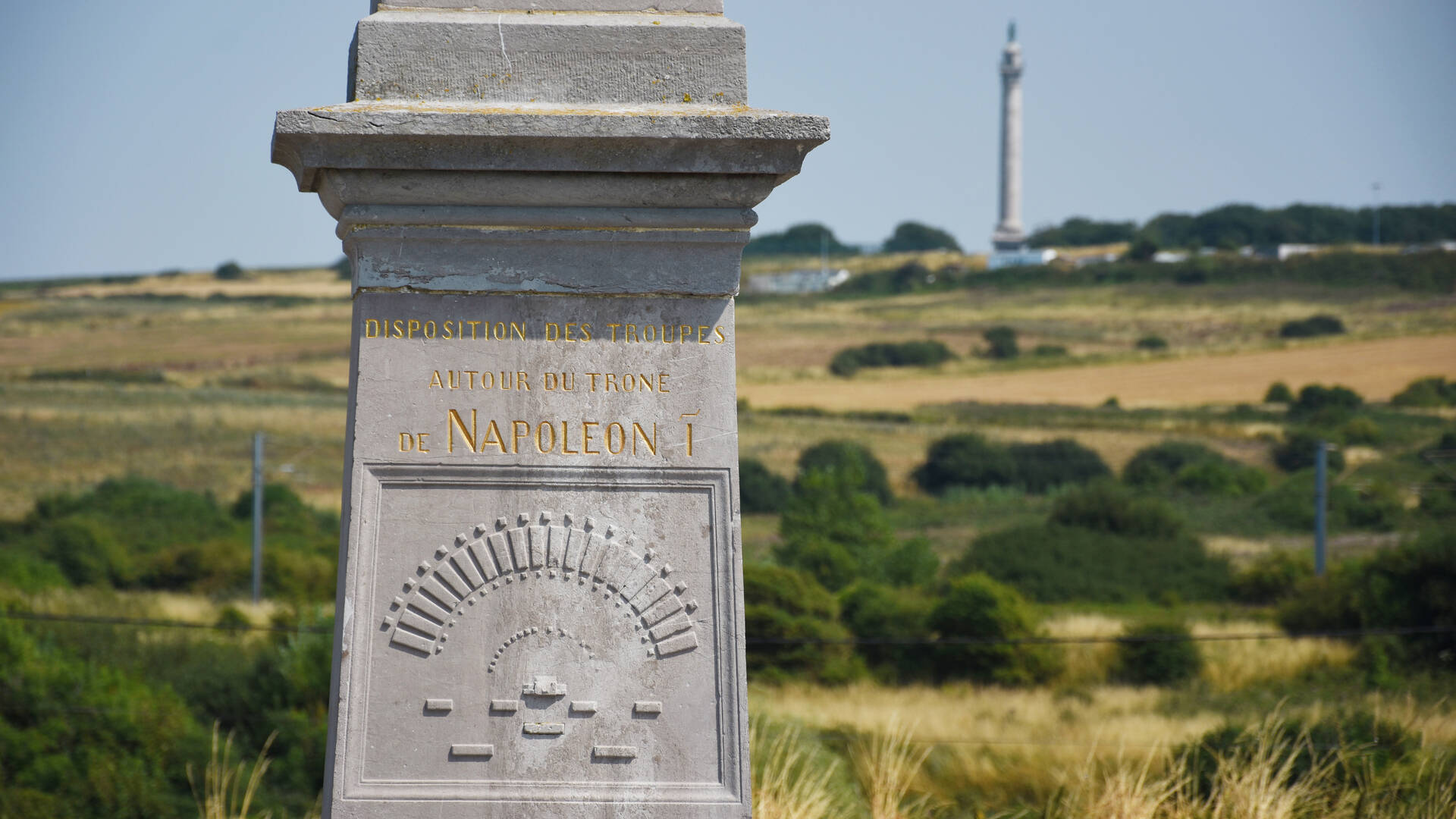