Skip to main content
Home / Napoléon / The Gunpowder Store
-A +A

Perched on the cliff, the Gunpowder Store is another trace of the Grande Armée’s presence in Boulogne-sur-Mer, just like the column erected to the glory of Napoleon and the Legion of Honour Stele.

The Gunpowder Store is the final reminder of the Grande Armée’s presence in Boulogne-sur-Mer. It cannot be entered, but is worth the trip for its location looking out to sea, its breathtaking view across to the English coast (when the weather allows), its modern architecture and its ingenious ventilation system. This building, sited on La Tour d’Ordre plateau, really is one of a kind.

During the Camp of Boulogne, the army could store up to 12 tonnes of gunpowder, or 120 barrels! It would have been a time bomb waiting to go off if it were not for its ingenious design which made the Gunpowder Store remarkably safe for its time. Napoleon had such confidence in it that he had the Emperor’s Barracks (a temporary structure) built just ten metres away in order to be as close as possible to his troops.

This wooden pavilion faced the English coast and served as a command post for the ‘camp de droite’, the strategic centre of the military organisation intended to invade England. This building’s existence is commemorated by a road nearby (‘rue de la baraque de l'empereur’) and a stone which marks its location right next to the Gunpowder Store.

The walls of the Gunpowder Store are pierced with ventilation slits. These slits were needed to combat moisture which rendered the gunpowder useless. Two windows facing each other on each gable and each furnished with a shutter allowed light into the interior. The North side has two blocks of marble to support the lightening conductor (Franklin rod), as well as the flagpole. The surrounding wall, guard house and paved courtyard were added in 1841 to provide better protection for the building in the event of a surprise attack from the sea. 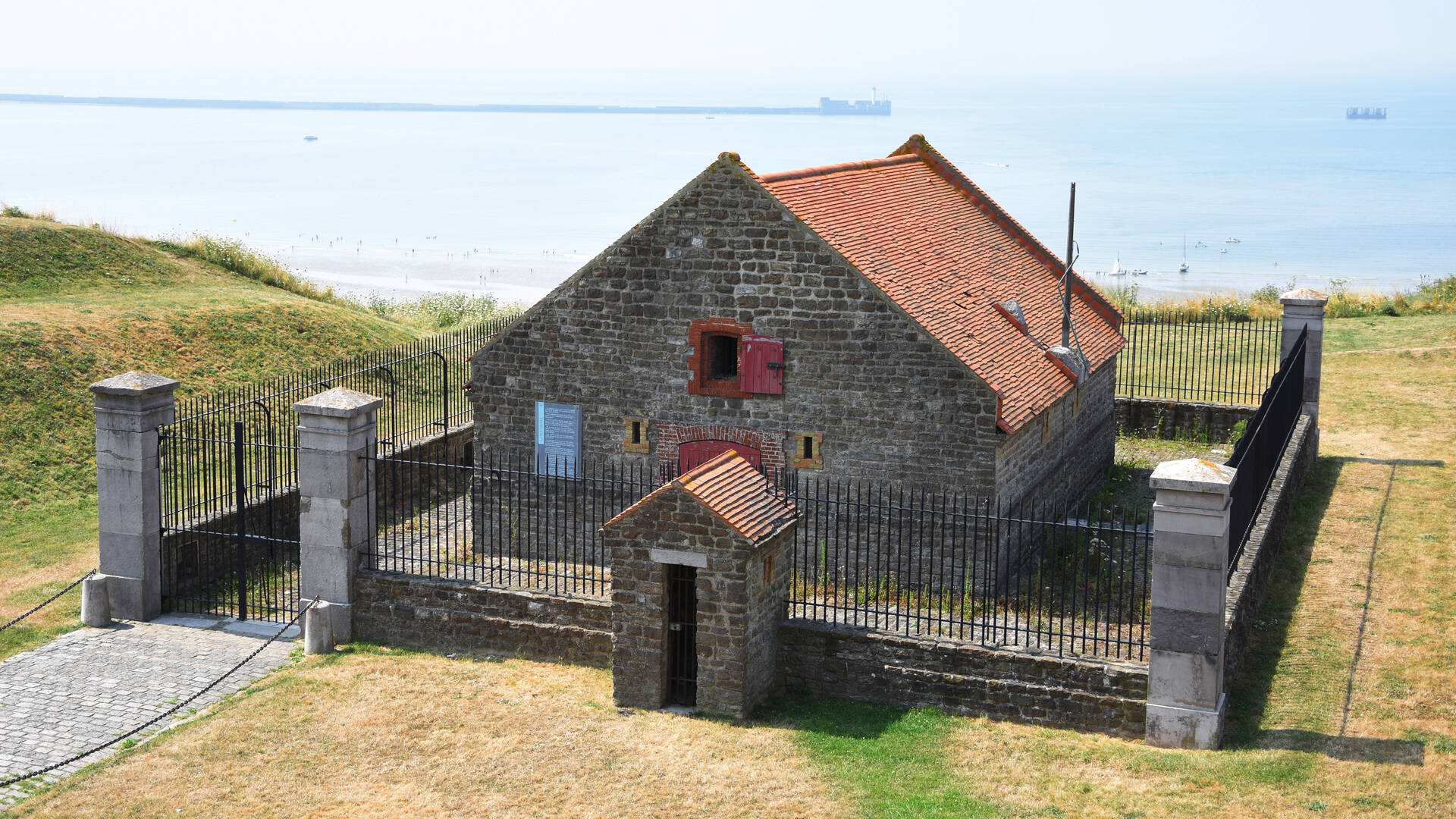