The Column of the Grande Armée

The Column of the Grande Armée is a symbolic reminder of the Camp of Boulogne. It looks out over Boulogne-sur-Mer and its surrounding valley.

At its summit, there is a statue of Napoleon with his back turned on England...

The story begins as follows. After the breakdown of the Treaty of Amiens in 1803, England together with Austria, Russia and Sweden formed a grand coalition against Napoleon and his expansionist policy. Napoleon was not slow to retaliate. He marched to Boulogne-sur-Mer, where he positioned his Côtes de l'Océan army comprising 120,000 men. And so the Camp of Boulogne began. ‘It is good to remind the English that the distance separating Great Britain from the continent is not impossible to cross’ wrote Napoleon to Talleyrand.

Over two years, between 1803 and 1805, Napoleon methodically planned an invasion of England. The coastline was transformed by the many structures that the First Consul put in place and supervised from afar. On 16 August 1804, the largest presentation of Legion of Honour crosses (created two years earlier) ever made took place in Boulogne. The aim was to encourage the soldiers. The day after the great ceremony, the soldiers decided to erect the Column of the Grande Armée in honour of Napoleon.

The monument is located at Wimille, and can still be seen from miles around today. Each soldier donated half a day's pay per month (the officers donated a full day’s pay) in order to finance the construction work. The Column, which is 53 metres high, is topped by a statue of the Emperor as ‘the little corporal’ turning his back on England. Just for the record, this statue is not the original one. Napoleon used to be in full coronation garb looking at England, and this proved to be much more controversial. In the aftermath of the Second World War, General de Gaulle wanted to have a statue which was less aggressive.

History at your fingertips

After climbing the 263 steps to the top of the monument, you are rewarded with a breathtaking view over Boulonnais and the landscaped grounds surrounding the monument. The museum, located at the entrance, houses a large number of historical items, including the original bronze statue of Napoleon which was placed at the top of the Column, as well as historical documents retracing the history of the monument and the Legion of Honour. The failure of the military campaign on 21 August 1805 would sound the death knell of Napoleon’s dreams of conquest. In 1805, he broke camp to march on Austerlitz. 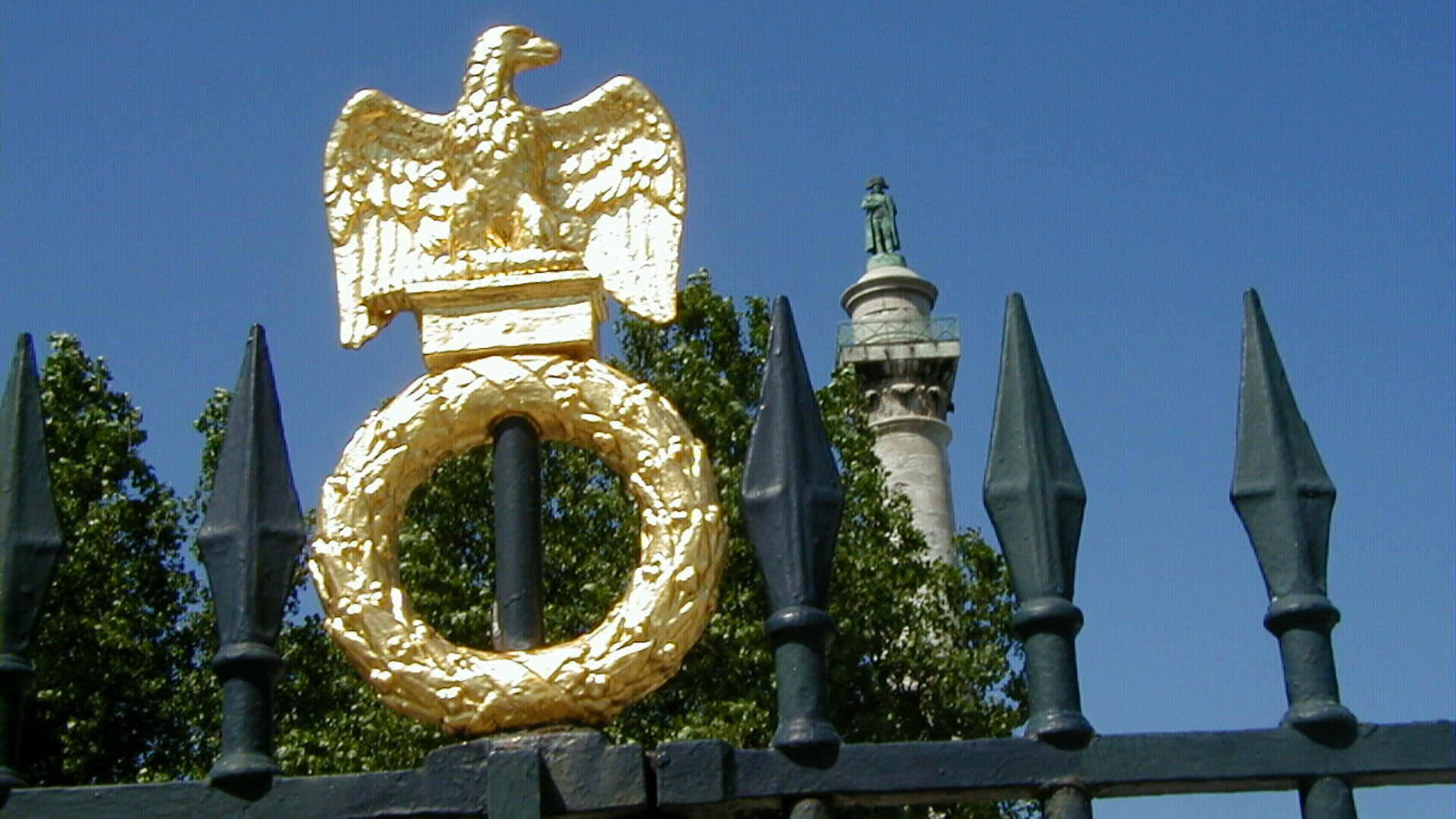