Our region’s lighthouses are just as iconic as the belfries and mills. They illustrate a centuries-old maritime adventure with the sea. Boulogne-sur-Mer and Le Portel have beautiful examples.

Let’s start with a little bit of history. In 1800, the French coastline was not very well lit compared to that of the British Isles. There were only about fifteen lighthouses compared to around fifty in Britain! As a result, Napoleon implemented a system of signals using lighthouses. The North coast is now one of the best protected along the French coastline. The lighthouses at Boulogne-sur-Mer and Le Portal are both examples which will amaze you.

One of the oldest lighthouses in the world.

A fact worth remembering is that Boulogne-sur-Mer was lit by one of the first lighthouses in the world. We now know that an ancient lighthouse was built following orders from the Roman emperor, Caligula in 39 AD. Much like the lighthouse at Alexandria, its fires must have burned all night. Its 60-metre high tower was not where today’s lighthouse stands, but was on the cliffs, where the Calvaire des Marins is now located. Known as the ‘tour d'Ordre’, ‘tour d'Odre’, or ‘tour Caligula’, it collapsed in the 17th century following a rockfall from the cliffs.

The lighthouses in Boulogne-sur-Mer

Today, Boulogne-sur-Mer alone has three lighthouses, one of which is the only listed offshore lighthouse in the region. This lighthouse, and its beam to guide all ships, is visible from the Carnot pier. Towering over former fortifications, its 22-metre, cylindrical tower is made from smooth, white masonry which is green at the top. You can reach it - taking due consideration of the tides and the weather - and enjoy an exceptional view. Care must be taken, however, on the pier which can be slippery. It is also strongly advised not to attempt it if there are strong winds. The red lighthouse located at the end of the northern pier (currently being restored) is also an attractive destination for a walk and has an unrivalled view across to the horizon.

Le Portel’s lighthouse, located on a former signalling station on Cap d'Alprech, marks the harbour at Boulogne. It looks out to sea with its own unique style! Listed as an Historic Monument, it is the only lighthouse in the region which has an exterior, metal spiral staircase. This makes access very easy, and a vast panoramic view can be enjoyed over the surrounding unspoilt landscape. The coastal path passes beneath it. Do not forget to visit Fort d'Alprech, which was built between 1875 and 1880 and which is located close nearby. It is a journey through time. 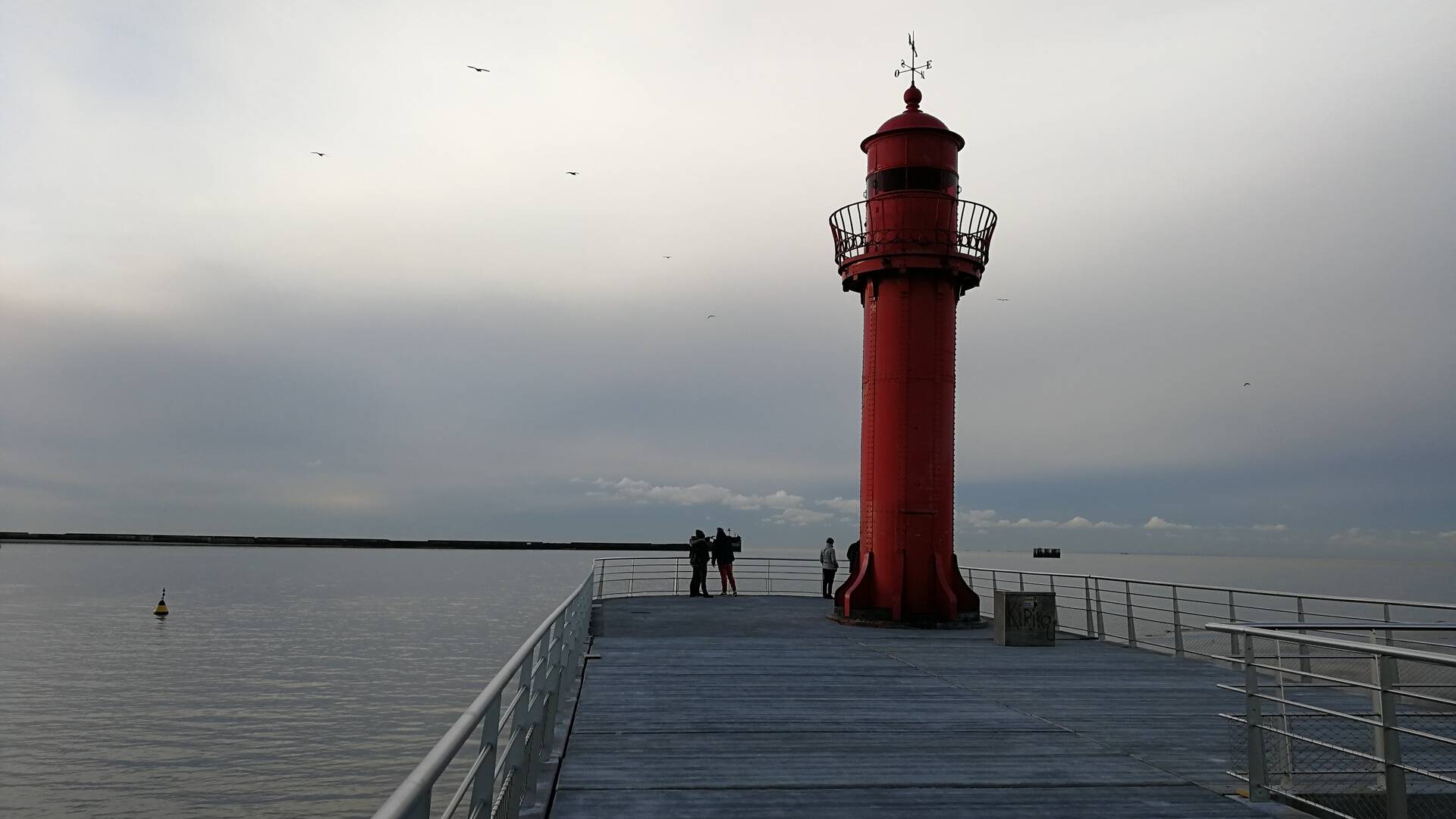