Its dome can be seen in every direction from several miles away.

Make no mistake, to visit the old town of Boulogne-sur-Mer without stopping at the basilica would be a capital offence!

The history of the Notre-Dame basilica is inextricably intertwined with a miracle. In the 7th century, a boat without oars or sailors ran aground on the shore with a statue of the Virgin on board. Since then, the city became a great pilgrimage sight, and was one of the most important in Europe in the Middle Ages. During the crusades, the knights passed through Boulogne to bless their swords before continuing on their way to Jerusalem. No fewer than fourteen Kings of France and five Kings of England have come in person to pray to the Virgin! In the 11th century, Saint Ide, the mother of Godefroy de Bouillon, built a church to the glory of the Virgin in the Boat to replace the more modest sanctuary. The number of pilgrims and their donations transformed the church into a magnificent building.

The basilica was first plundered during a siege by the English in the 16th century and then again during the Holy League troubles. The basilica was eventually sold and destroyed in 1798. At the start of 1827, Abbot Haffreingue, wishing to reinstate the pilgrimage, concentrated all his efforts on having it rebuilt. It’s certainly true that he was a man who stopped at nothing! He had no background in architecture, but was inspired by Saint Paul's in London, Saint Peter’s in Rome, the Pantheon and Les Invalides for the completion of the final basilica. Visitors still marvel at the unique style of the Notre-Dame de Boulogne-sur-Mer basilica today. Its dome is 47 metres in diameter and reaches a height of 101metres!

In 1921, the upper vaults of the nave collapsed. As a result, the building and its foundations were strengthened using a reinforced concrete structure. This helped the basilica to survive bombing during the Second World War. The interior houses many treasures, including the high altar of the princes Torlonia - a masterpiece of 19th century Italian mosaic workcreated from 147 different types of marble and precious metals - the statue of King David, the Case of the Great Organ, the Sacred Heart altarpiece, a throne of truth and frescoes, etc. The unique crypt must also be mentioned, which is the largest in France and which is worth visiting in its own right. 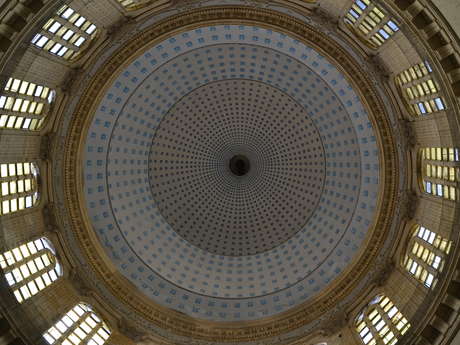 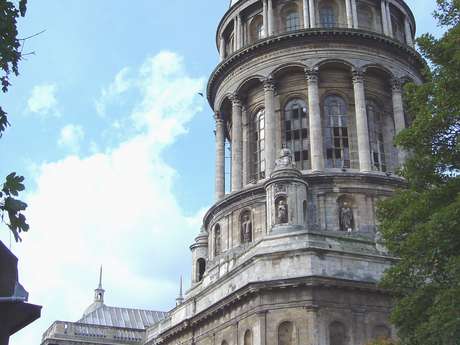 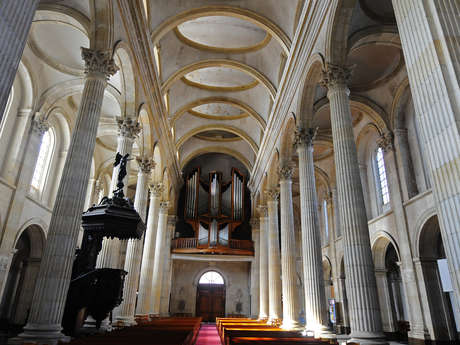