On the top of the cliffs in Boulogne-sur-Mer, Le Calvaire des Marins pays a warm tribute to sailors who have been lost at sea.

It is a building which does not pull any punches, which affects you and perhaps even moves you to tears. Perched high on the cliffs in Boulogne-sur-Mer and looking out over the port and the beach, Le Calvaire des Marins celebrates the memory of sailors lost at sea. And there are so many of them. Several thousand, even ten thousand, have given their lives over the many fishing seasons, as well as during the various conflicts that have engulfed our country over the centuries.

Le Calvaire des Marins can be reached via Rue de la Baraque de l'Empereur. Up there on the natural headland, the wind always blows stronger and the air is harsh. The view over the harbour is fantastic. Sometimes, when Mother Nature spares us her vagaries, the coastline of England can be seen. A unique atmosphere can be felt there, far away as it is from the hustle and bustle of the city. The silence is golden. It is not uncommon to meet people from Boulonnais who have come to visit. They come on their own or with the family to remember a missing ancestor. And, whether we knew them or not, in Boulogne-sur-Mer honouring the memory of sailors remains a strong tradition. It is a duty, one might say.

A place of contemplation

The architecture of the sanctuary is reminiscent of the bow of a stranded boat. The chapel is decorated with ex-votos and black and white buoys in memory of the lost sailors. The memorial garden is very simple and contains marble plaques on which over 3,000 names are carved. Theses include sailors, twenty-year-old apprentice seamen and seasoned sailors, whose bodies were never brought home. The Memory Room houses models of trawlers and several photos. Shipwrecks are also remembered, as well as the work of the chapel. The first reference to the sanctuary dates from 1703. Le Calvaire des Marins was moved, then destroyed on many occasions and, like many buildings in Boulogne, has survived many storms. 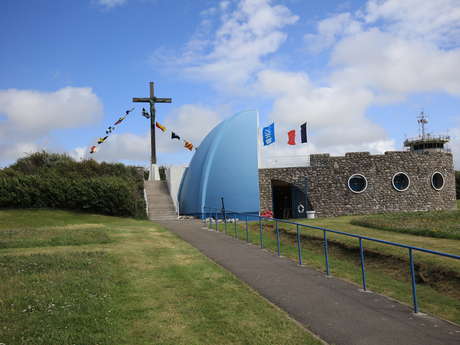 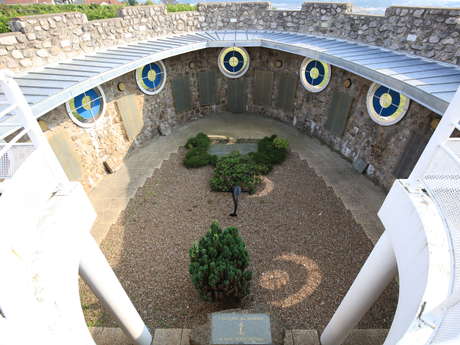 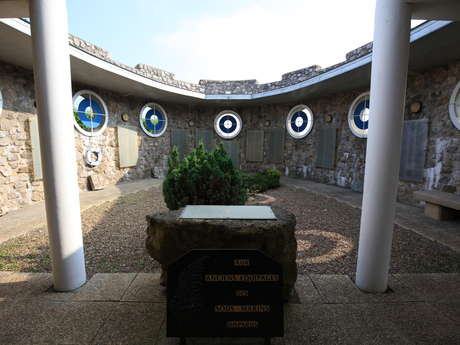