Just a stone’s throw from Boulogne-sur-Mer’s City Hall, the Imperial Palace is one of the key historical places which dates back to the Camp of Boulogne.

There are people who, during their lives, leave their mark on the history of a city forever. This is the case with Napoleon and Boulogne-sur-Mer. The First Consul, having decided to invade England, positioned his army of 120,000 men in Boulogne-sur-Mer. He never managed to achieve his goal and was forced to break camp two years later. However, what he left behind in Boulogne-sur-Mer is in no way imbued with the bitter taste of defeat. Quite a contrary. Thousands of curious visitors come each year to follow in the footsteps of Napoleon.

A private mansion which became a palace

The Desandrouin mansion stands on Place Godefroy de Bouillon and has accommodated the Emperor on three occasions. These three brief visits were enough to rename this unique, magnificent late 18th century mansion an ‘Imperial Palace’. Napoleon, the then First Consul, stayed there for the first time in June 1803, then again in 1810 together with Marie-Louise and finally in 1811. Contrary to what you might have thought, Napoleon did not live in the Imperial Palace during the Camp of Boulogne. He stayed at Pont-de-Briques Château. However, the building still played a major role as it served as the headquarters for the Grande Armée’s High Command.

The Imperial Palace’s imposing presence and neoclassical façade still amazes visitors today. And for good reason... The building was designed by Giraud Sannier. This architect is particularly well known in Boulonnais, and he created one of his best buildings in the Desaundrouin mansion. It was built for Viscount Desaundrouin, who came from a family of industrialists from Charleroi who were involved in the flourishing glass factories and in one of the largest mining companies in the North - the Mines d'Anzin.

With its woodcarvings, moulded ceilings, marble fireplaces, panels decorated with allegorical motifs and paintings etc. the Imperial Palace has retained much of its original décor, right up to the mirrors! This decoration was a feature of the final years of the Ancien Régime and is apparent apart from in the Empire-style bedroom where Napoleon I was supposed to have slept. The mansion opens its doors for special occasions, such as Heritage Days. 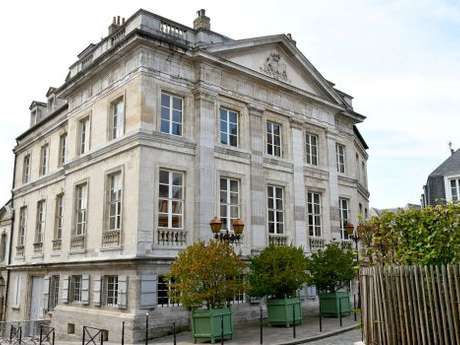 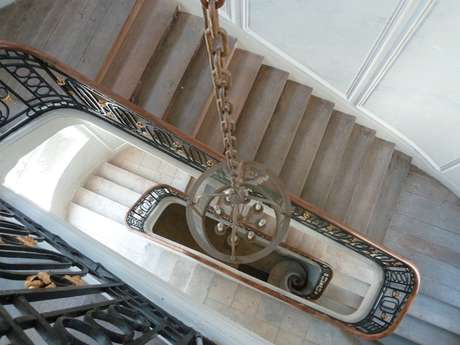 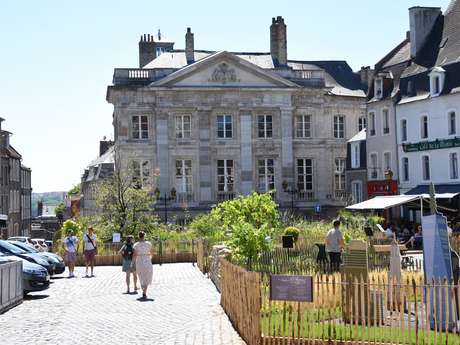